close
We've sent you an email with a link to update your password.

A password reset email has been sent to the email address on file for your account, but may take several minutes to show up in your inbox. Please wait at least 10 minutes before attempting another reset.

Registering for an account allows you to access your order status and history. Just fill in the fields below. We will only ask you for information necessary to make the purchase process faster and easier.

A Sauna a Day Keeps the Doctor Away | by Townsend Letter Editor Jonathan Collin, MD 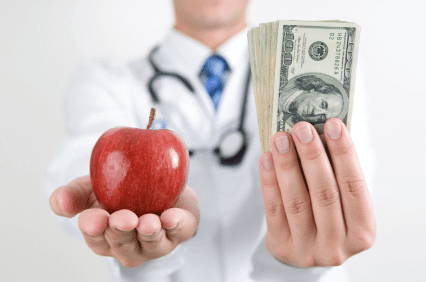 In Roman days, the steam bath was a place to relax, get clean, and socialize. The Arab culture appreciated the sauna for its cleanliness and purification. The Finns thought of the sauna as a place not only to cleanse but also to heal. Finnish culture thought so highly of sauna that every homestead built a sauna first and then the home. For the Finns, the sauna was the poor man’s medicine. While Western medicine is now the mainstay for treatment in Finland, it is still customary to share the sauna at least once weekly on Sunday. The Finnish sauna is frequently accompanied by a cold bath to invigorate the circulation and stimulate the immune system.

In 1992, Zane R. Gard, MD, and Erma J. Brown, PhN, reviewed the literature of sauna and hyperthermia in detoxification in a three-part article in the Townsend Letter.1 2 3 A traditional sauna is heated to 130-180º [F] and is accompanied by water heated over burning coals. Sauna treatment raises the body's core temperature, increasing central and peripheral vascular circulation, respiration, and sweating. An increased cardiac output and heart rate are accompanied by decreased peripheral resistance and blood pressure. The increase in respiratory rate raises oxygenation and lowers carbon dioxide content. Sweating leads to a loss of water and electrolytes. Perhaps more important, sweating is accompanied by excretion of organic and inorganic chemicals stored in body fat and organs. The excretion of lipid-based chemicals has been touted as the most important role for sauna: its detoxification mechanism.

Gard and Brown employed a sauna protocol that was trademarked as the BioToxic Reduction (BTR) program. This protocol largely followed the “Purification Rundown” program established by L. Ron Hubbard’s Scientology organization. Both protocols call for intensive sauna therapy preceded by vigorous exercise. They also call for increasing doses of oral niacin, which Hubbard believed to be critical for elimination of drugs and radiation during the sauna process. Individuals are required to ingest large quantities of water, B vitamins and minerals, plant oils, and calcium-magnesium liquid. A typical program calls for exercising 15 to 30 minutes followed by 30 to 60 minutes of sauna, then another 15 to 30 minutes of exercise followed by another 30 to 60 minutes of sauna, and a third period of exercise followed by a final 30 to 60 minutes of sauna. Individuals are monitored, and typically changes in exercise, sauna, and vitamin, niacin, and oil intake are implemented. Gard and Brown note that while physical symptoms typically reduce during the course of sauna detoxification, it still is not unusual for some individuals to experience symptom aggravation in the course of treatment. However, Gard and Brown observed significant reduction in physical symptomatology following the completion of the protocol for most individuals.

Gard and Brown were less interested in removing drugs and radiation and more concerned with detoxification of accumulated chemicals such as styrene, xylene, toluene, ethylbenzene, dichlorobenzene, chloroform, tetrachloroethylene, and trichloroethane. A literature review documents the progressive bioaccumulation of pesticides, plasticizers, preservatives, and other organic/inorganic chemicals in the water supply, air, and soil. Toxicology studies demonstrate a similar pattern of bioaccumulation in plants, single-cell organisms, and animals and consequently in humans. Gard and Brown wanted to do before-and-after comparisons of chemical content in individuals doing sauna detoxification therapy. Case reports were compelling, but critics would argue that such discussion remains anecdotal. Gard and Brown arranged for blood levels to be assayed for numerous toxicants prior to starting and upon completion of the sauna detox. Their data are summarized in a figure in part 3 of their review. The figure revealed that there were significant reductions of toxin levels in pre- and posttreatment levels. The average reduction of toluene, ethylbenzene, and xylene exceeded 90%, was nearly 90% for 1,1,1-trichloroethene, and exceeded 69% for DDE.

Zane and Gard's data demonstrate compellingly that their sauna and detoxification program acts through chemical detoxification. It is not clear whether sauna alone would also demonstrate such an effective toxin elimination; their protocol required high doses of niacin, vitamin, mineral, and oil supplementation as well as vigorous exercise prior to sauna. However, given the success of their protocol, clinicians have followed their model in detoxification programs. In April 2006, Cecchini, Root, Rachunow, and Gelb reported the outcome of their treatment approach for workers who were exposed to toxicants following the September 11 World Trade Center destruction.4 Among the more than 450 individuals who underwent sauna detoxification, a majority demonstrated improvement in quality of life, reduction in symptom severity, reduction in use of medications, improvement in balance and reaction time, and reduction in elevated TSH levels.

Martin Pall, PhD, has written extensively over the past decade about the role that nitric oxide (NO) and peroxynitrite (ONOO−) play in chronic medical conditions including multiple chemical sensitivity, fibromyalgia, chronic fatigue, and myalgic encephalomyelitis. Pall thinks that the fundamental disorder created by the NO/ONOO− cycle may also play a role in neurodegenerative, inflammatory, and autoimmune disease. In the Feb./March 2010 Townsend Letter, he outlined 10 strategies that may be employed in disrupting the "vicious" mechanism of the NO/ONOO− cycle, most of which require nothing more than nutritional supplementation administered orally, intramuscularly, or intravenously. 5 The lynchpin in the NO/ONOO− cycle is tetrahydrobiopterin (BH4). BH4 decreases dramatically when the NO/ONOO− cycle is in disarray: elevated peroxynitrite and depleted tetrahydrobiopterin form the "central couplet" of the deranged cycle. To the degree that BH4 decreases and ONOO− increases, there is greater oxidative stress, mitochondrial dysfunction, and inflammatory response. Pall demonstrates that a deranged cycle increases NF-kappaB leading to an increased production of inflammatory cytokines, including TNF-alpha. IV buffered ascorbate functions as a peroxynitrite scavenger, enables reduction of BH3 to BH4, and increases the synthesis of BH4. 5-methyltetrahydrofolate (5-MTHF) also acts as a potent peroxynitrite scavenger indirectly increasing BH4 levels. Perhaps the most intriguing approach to normalizing the NO/ONOO− cycle is the use of the sauna.

this issue Pall, Tapan Audhya, PhD and John Green, MD, present intriguing data demonstrating the effect of sauna on raising BH4 and improving the NO/ONOO− cycle dysfunctioning. 6 As compared with the rationale espoused by Gard and Ware, sauna treatment is shown to be effective not by chemical detoxification but by increasing BH4 synthesis and by stabilizing the NO/ONOO− cycle. Pall et al. show that in the chronic fatigue/chronic Lyme disease patient, biopterin (BH4) levels are low compared with normal controls. Even more remarkable, the peroxynitrite levels (ONOO−) in chronic fatigue patients average more than five times higher than controls (as measured in the peroxynitrite marker 3-nitrotyrosine). Sauna treatment significantly increased BH4 levels and decreased the ONOO− marker 3-nitrotyrosine. A related marker, neopterin, was also dramatically reduced. Pall et al.'s work offers an important scientific rationale for sauna therapy in the treatment of chronic disease that deserves further medical investigation.

This Editor's Letter by Jonathan Collin, MD was originally published in the November 2013 Issue of the Townsend Letter, The Examiner of Alternative Medicine.